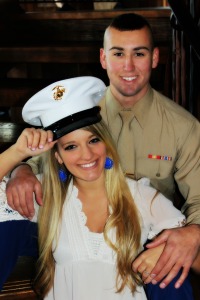 My name is Hayley and my fiancé’s name is Colin. He is in the Marine Corps and is currently stationed overseas. We met a few years ago in a small restaurant where we both worked, I was a waitress and he was a line cook. We always flirted back and forth until one day he finally messaged me on Twitter (lol) I eventually gave him my number and he asked if I wanted to go on a date with him sometime. We ended up going to a movie and dinner at Applebee’s where we stayed until about 2 a.m. Must’ve been a great first date if I was willing to break curfew by two hours! hehe

About a couple months later, he left for bootcamp. Things were not official between us yet, we were still in that “talking stage.” We wrote letters to each other each day and in one of his letters he told me he was starting to fall in love with me! I knew I felt the same way. I went to his bootcamp graduation with his family and when he came home on boot leave, he asked me to be his official girlfriend on February 20th of 2014. He then went to Missouri for his job training and once that was over, his family and I went to his Military Police graduation. He came home on leave a few more times for long weekends before leaving for Japan for two years. It was the hardest goodbye we ever had to say. We had no idea what to expect living in two different countries for such a long amount of time. 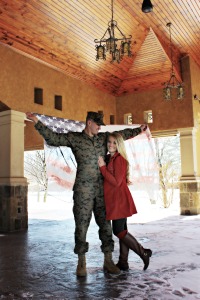 After about six months he came home on leave in February of 2015 and he proposed to me on February 24th! I said YES of course! He left again for Japan later that month and he has been overseas ever since. Now, 10 months later, he will finally be coming home again on leave for Christmas and this time we will be all wrapped up in wedding planning. Our wedding is in June of 2016 so once that day finally comes, we will no longer have to deal with the distance we go through everyday! And the rest is history!

Check out Hayley’s blog at milsostrongblog.wordpress.com 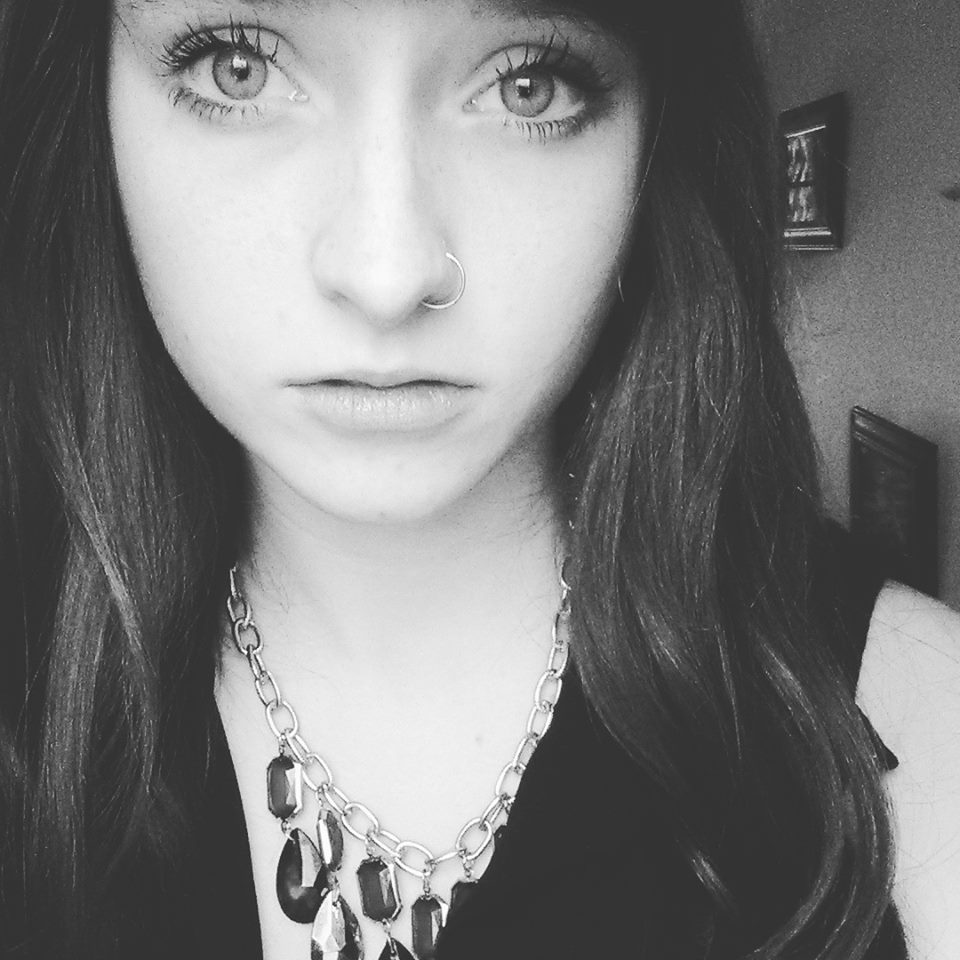 Our boys' first time in the snow. 😂💜😍🐕❄
Always, always love my family. 💜 ...and I guess kozmo is alright too.
Mean muggin mom after she makes you wear matching Christmas pajamas. 😂😂🌲🎁
My phone is old and doesn't save too many pictures anymore so I post them to Instagram instead. So, here's more pictures of wedding round one. Sorry not sorry. 🤷‍♀️
I married my best friend today. 💜💜💜
🌲🌳🦅🌳🌲
Advertisements
%d bloggers like this: